Biscuits, according to the characteristics of their processes can be divided into four categories: general biscuits, fermented biscuits, pastry biscuits, and other deep-processing biscuits. Soda biscuit is one kind of fermented biscuits, which is characterized by first adding yeast to part of the wheat flour and then stirring into the dough. After a comparatively long time fermentation, the rest of the wheat flour is added and then make into shape after a short fermentation. However, there is a short-time fermentation method. The biscuit, usually cookies, is known as Soda Cracker.

The processes are as follows:

The following is the dough modulation process of soda crackers with the use of Angel yeast:

For the 1st fermentation, take 40-50% of the total amount of  flour to be fermented, add the Angel low sugar active dry yeast liquid melt in warm water prepared in advance, with yeast amount of 0.5-0.7%, then add warm water to regulate the temperature of the dough. The amount of water is generally 40-42% of the powder, and stir in the horizontal powder machine for about 4 minutes. The purpose of the first fermentation is for the full reproduction of the yeast in the dough by resting for a long time, to increase the fermentation potential of the dough and produce rich flavor substances. In addition, the carbon dioxide produced by yeast respiration and the fermentation will make the dough expand in volume. As carbon dioxide continues to be produced, the expansion force of the dough will go beyond its own limits and the dough will collapse. This physical change together with a range of other changes can make the dough soft and easy for rolling operation.

For the second fermentation, using the first fermented dough, add the remaining 50-60% of the flour and oil, salt, lecithin, caramel, milk, eggs and other raw materials, and mix in tone powder machine for five minutes, winter dough temperature maintained at 30-33 ℃ in winter and 28-30 ℃ in summer. The mixing times for both fermentation are short as it is generally believed that long powder mixing times will make the soda crackers with stiff texture. Generally, low gluten flour is used for the second tune powder for crisp taste and perfect shape. This is the essential difference between the two fermentations. The amount of water added depends on the degree of fermentation of the dough: if the dough is over fermented at the first time, add less water at the second time. The fermentation time is about 2-4 hours.

Several factors should be noted in the production of soda crackers process with yeast:

The dough of soda crackers is spongy tissue, and the extension rate should be not more than 1: 3 before adding the oil to prevent bad leavening effect. However, the extension rate should not be too small. Otherwise, they cannot be rolled even, and will be uneven after baking. The rate after adding oil should be between 1:2 to 1:2.5. Otherwise, the products will be defective products with dark color, bad leavening effect and etc.

Soda crackers made with Angel yeast is nutritious and healthy. Without adding baking soda in the production of the dough, the B Vitamins are kept well in the dough. In addition, yeast, as a single-celled fungus microbes, is rich in protein and B vitamins, etc., which can make up for lack of amino acids and vitamins necessary for the human body. The long fermentation during the process of making soda crackers will bring a variety of flavor substances. Soda crackers made with this process are popular food with excellent color, aroma and taste.

The introduction of bread yeast 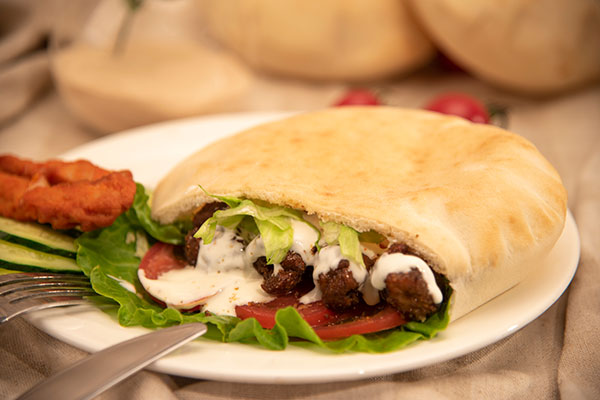