From Austrian monks to American craft brewers, beer geeks are everywhere. Brewing a drinkable beer is not only depends on good ingredients but also the right brewer yeast. It is never suitable for a clean and refreshing lagers too much. Lager yeast prefers cool temperature and produces less esters with a higher flocculence. So we plan to talk about lager yeast and give some tips on how to brew good lagers by using Angel BF16. 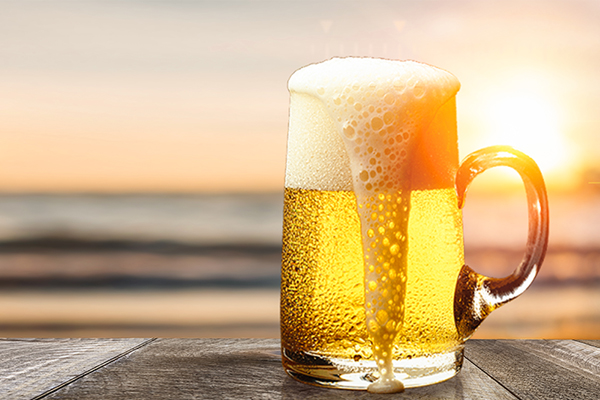 Thousands of years ago, Mesopotamian know little about yeast in plant or earth. They began to brew beers, wines, even make breads and believed that it was the power of “GOD”. Maybe it was the origin of brewers yeast (S. cerevisiae), which was called ale yeast later.

The founding of lager yeast (S. pastorianus) was due to Bavarians during the 15th century when they noticed beer stored in the caves during the winter continued to ferment. And a new beer with a clean and smooth body was brewed and named as lager beers for its special lager process. Later, the “secret” of how the lagers brewed via their neighboring Bohemians passed to the world widely, especially with the help of modern refrigeration technology.

Now, lagers has covered more than 94% beer market as a common important style, such as pilsner, American lager beer.

Many studies showed lager yeast was created by at least two distinct hybridization events between nearly identical strains of S. eubayanus with relatively more diverse ale strains of S. cerevisiae. Although these hybrids were different from the start, they also changed in some predictable ways during their domestication.

After thousands of years evolution, lager yeast is able to ferment well in a cooler environment, and also has the other evolutionary trajectories: 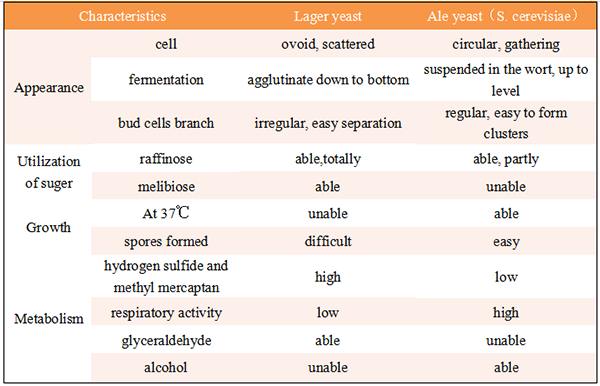 With the development of the yeast industry, more and more lager yeast strains can be made to active dry yeast for beer brewing. Angel BF16 is one of the typical commercial products. It is a natural strain and GMO free. It can uses in craft beer houses and small beer factories. 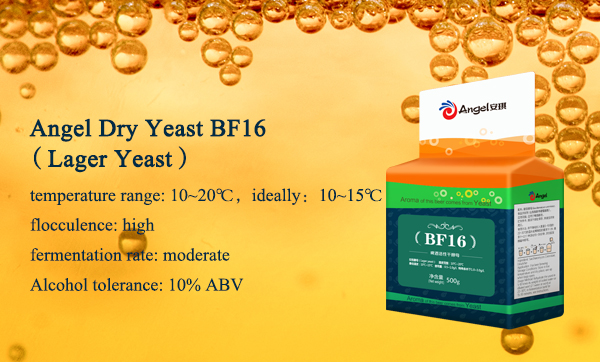 Quick starts to fermentation, which has been repeated validation with a high flocculation. BF16 can make use of glucose, fructose, sucrose, maltose, and parts of maltotriose, but not including oligosaccharides, such as isomaltose, pentose, etc. According to the components of wort , AFD ranges 80% to 91%, and RFD ranges 65% to75%.

BF16 is an excellent lager yeast to help produce lagers of the finest quality. It displays slight fragrance of malts and exquisite aroma with little unpleasing smell if properly handled. It helps to taste refreshing and present a clear and bright body.

Comprehensive evaluation, the flavor of BF16 presents as below and we suggest BF16 can be used to brew American lagers, pilsners, and so on. 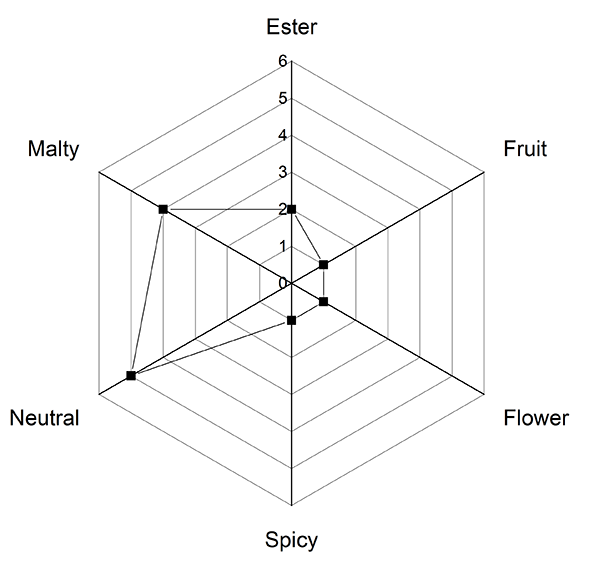 Brewers may have a test by the recipe for 500 liters following.

You’d better to remove the yeast from the wort once a day to keep a clean, bright, and refresh body.

Angel can provide brewing yeasts, ingredients and related technical services for the production of wine, beer, and other brewing liquor. All our products are natural, safe, and of high quality. With the current energy shortages around the world, the production of fuel ethanol through yeast fermentation has become an inevitable trend.
About Angel:
Angel Yeast Company is a high-tech listed company specializing in yeast and biotech. Product business covers Yeast and Baking, Yeast Extract-Savoury, Nutrition & Health and Biotechnology fields. It is one of the world's leading companies in the yeast industry. Angel has 12 holding subsidiaries and provides products and services for more than 150 countries and regions. 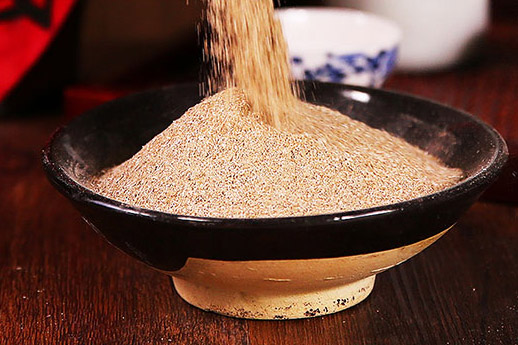