As national salt reduction campaigns are now implemented around the world, low-sodium soy sauce has become the new fave in food markets. However, it is still a challenge to maintain the loss of taste and preservative ability when reducing the sodium content in soy sauce. Chris Guo, the R&D expert of Angel Yeast Extract Division are going to discuss the specific methods towards these issues. 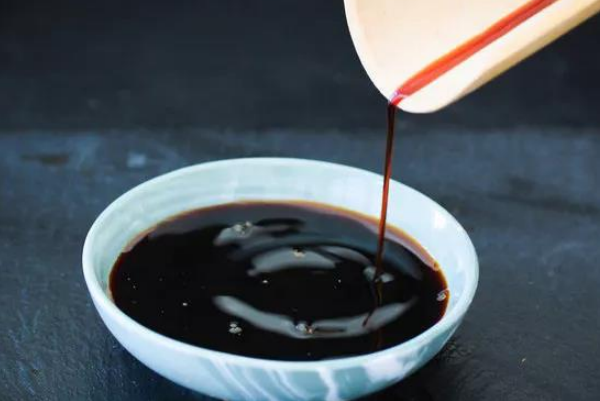 1. The situation of low-salt soy sauce

Low-salt soy sauce is already for sale on the market, but most of them are produced by large-scale enterprises due to technical issues. As small- and medium-sized enterprises still face technical difficulties to the risk of food preservation and bring out the flavor when reducing salt content.

At present, the situation of Chinese low-salt soy sauce are listed below:

(3) By the listed value of salt content: is generally less than 12g/100mL, the ultra low salt level less than 9g/100mL is relatively rare.

2. The challenge of achieving the premium quality of low-sodium soy sauce

For the preservative-added low-salt soy sauce, although the salt content is about 5g/100mL lower than that of original. It is generally not that difficult to prevent spoilage if the microbial level in the production process is controlled well due to the presence of preservatives.

For the non-preservative-added low-salt soy sauce that contains salt less than 12g/100mL, the preservative effects cannot be achieved when it is unable to improve the natural preservative ability of soy sauce, or to control the microbial levels of raw material, workshops, equipment, packing materials, or other external factors. In these cases, soy sauces cannot be produced.

The general mechanism of producing low-salt soy sauce is to reduce the content of salt used in the process of brewing and flavoring at first. Then check whether it can match the flavor requirements of original soy sauce or not.

At present, the salt content of soy sauce base brewed per high-salt diluting-state fermentation technology in China is normally around 17g/100mL, and some of them are as high as 19-20g/100mL.

3. The solution to realize food preservation of low-salt soy sauce

Manufacturers can enhance the internal preservative ability of soy sauce by adjusting the key indexes of alcohol content, pH levels, and water activity. Currently, the most widely used approaches are improving the alcohol content by use of wine yeast, enhancing the alcohol level by use of edible alcohol in the flavoring process, and using brewing vinegar, lactic acid to reduce the pH value in the flavoring process.

Manufacturers can prevent soy sauce from being contaminated by microorganisms after opening by shortening the shelf life, using small packs, and labeling "refrigerate at 0-4℃ after opening", "enjoy it as soon as possible".

4. The solution to reducing salt without compromising the great taste

We've discussed the high content of salt in soy sauce results in a decreased content of soy sauce base as well as an over-diluted soy sauce flavor which makes it unable to meet the standard of original soy sauce in color, aroma, or mouthfeel. Regarding this issue, manufacturers can reduce salt without compromising the flavor by the following methods:

The salt level is key to promise the brewing quality of soy sauce after 3-6 months fermentation cycle. Manufacturers can reduce the concentration of brine (salt solution) via strictly controlling the microbial level of raw materials, workshops of starter-making and fermentation, upgrading the pretreatment method of raw materials, and improving the process of cleaning and sterilization of fermentation pipelines and tubes to reduce the salt content in soy sauce bases to a certain extent, and contribute to producing a lower-salt soy sauce in the long run.

If it is still unable to achieve a higher content of soy sauce base when the microorganism in the fermentation process is controlled well, and the salinity is reduced to a lower level, manufacturers can promise the great flavor by dual fermentation, that is re-ferment the fermented soy sauce base(working as brine) with the newly finished koji. In this way, the overall mouthfeel, aroma, and index that obtained by the dual-fermented soy sauce base are better than that of the original. Although the amount of soy sauce base accounts for 50%-60%, the soy sauce flavor can reach the quality of original soy sauce. The high index of amino nitrogen makes it convenient to brew higher quality soy sauce. 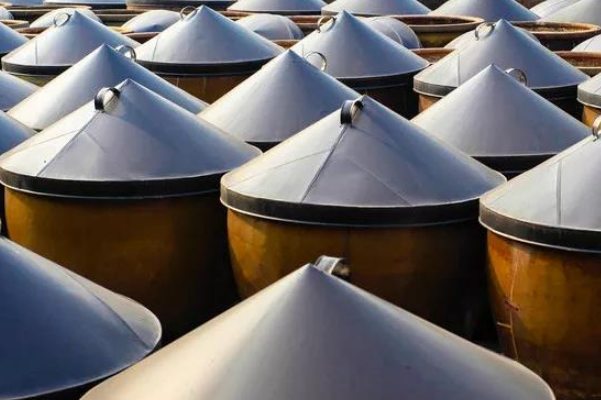 When manufacturers are still unable to increase the content of soy sauce base to above 80% after trying all possible means, we suggest them to make the products with salinity 12g/100mL which can guarantee a 70% content of soy sauce base. Additionally, the slight loss of flavor can be completed to the original level by adding aroma-producing and taste-improving substances.

Angel Yeast Extract can fully satisfy these needs. First off, Angel's dark roasted Yeast Extract features brown tinge and delivers obvious color-enhancing characteristic attributed to the Maillard reaction. It can address the color-enhancing requirements of low-salt soy sauce due to the low content of soy sauce base as well as meeting the requirements of clean labeling because it doesn&rsquo;t belong to food additives. Secondly, the main taste-producing substances of soy sauce are amino acids and various small peptides producing from hydrolysis of soybean protein. While the main taste-improving substances of yeast extract are diverse amino acids and small peptides producing from hydrolysis of proteins, which mainly derived from yeast. Consequently, all ranges of Angel Yeast Extract can help supplement the flavor base of low-salt soy sauce. Thirdly, the specific aroma of soy sauce mainly comes from alcohols, esters, phenols, furans, pyrazines. Angel's soy sauce flavor Yeast Extract is produced via thermal reaction or flavoring reformulation by analyzing and simulating the characteristic aroma and flavor of soy sauce. Featuring a highly similar aroma and flavor like soy sauce, it works great to complement the aroma of low-salt soy sauce. Angel's yeast extract contributes to a standard soy sauce characteristics in color, aroma, flavor, and maintaining the great taste while reducing the salt.

Need to mention that for the high-salt soy sauce base that requires to make low-salt products (it means the salt value is less than &le;9g/100mL), yeast extract and other ingredients are unable to realize the soy sauce flavor when the content of soy sauce base accounts for about 50% due to the flavor is over-diluted. The soy sauce base needs to be guaranteed at more than 70%. 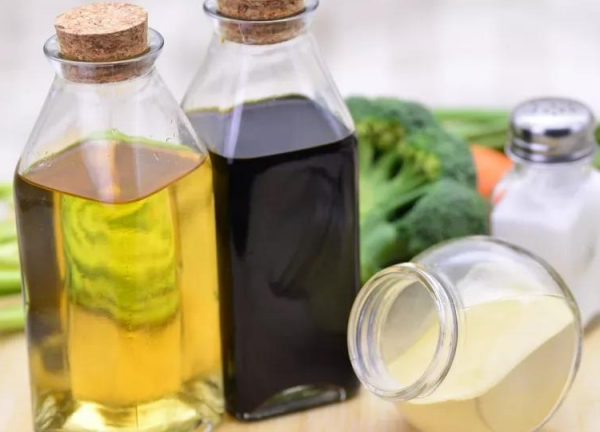 The salt content of original soy sauce is basically between 16 to 18g/100mL, and adds a large amount of sweeteners, flavor enhancer, and other salt-diluting ingredients to reduce the salty taste (the zero-added soy sauce composed with the same soy sauce base and salt content is obviously saltier than that of the original soy sauce). This kind of soy sauce normally leaves a salty mouthfeel to the consumers, which is especially obvious when serving as a dipping sauce.

To guarantee an acceptable salinity of soy sauce for consumers, we recommend to reducing the salt content of soy sauce to less than 12g/100mL and not using a large number of sweeteners, flavor enhancer, and other salt-diluting ingredients to reduce the salty taste. In this way, a normal salinity and user-friendly mouthfeel can be guaranteed.

An outline of country&rsquo;s 2030 health plan, national nutrition plan(2017-30), sodium reduction guideline for Chinese food industry were successively released by the State Council, Chinese Center for Disease Control and Prevention(China CDC), and Chinese Nutrition Society, setting a specific target to reduce the daily salt intake per capita by 20% as well as reducing the sodium content in processed food by 20% by 2030. Reducing salt in soy sauce is playing an ever-increasing role and holds a broader market prospect than ever.

Angel YE (yeast extract) made from edible yeast, by degradation the protein and nucleic acid in the yeast cells into nutritional seasonings with the application of modern biotechnology, has the advantages of increasing the fresh flavor, reducing salt, balancing the odor, strong tolerance and food properties, which promotes the global healthy operation of salt reduction and "clean label ".

About Angel:
Angel Yeast Company is a high-tech listed company specializing in yeast and biotech. Product business covers Yeast and Baking, Yeast Extract-Savoury, Nutrition & Health and Biotechnology fields. It is one of the world's leading companies in the yeast industry. Angel has 12 holding subsidiaries and provides products and services for more than 150 countries and regions.
http://en.angelyeast.com/ 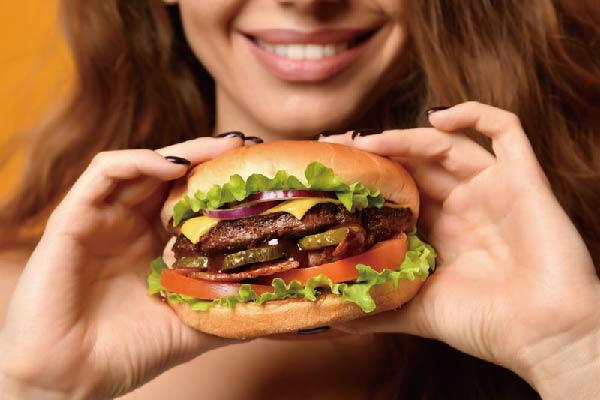 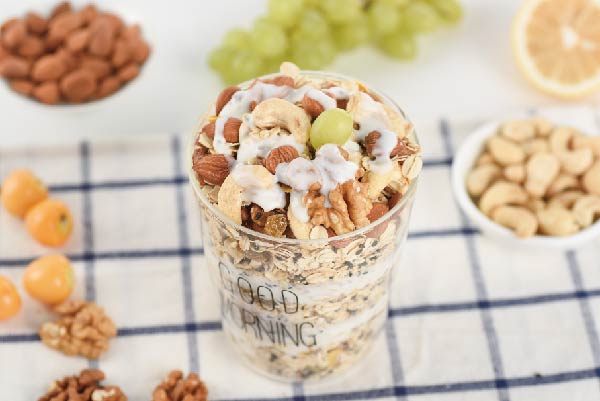