1. Concept of peptide and absorption characteristics

Traditionally, the protein nutrition theory has believed that protein is hydrolyzed into free amino acids and small peptides in the intestinal tract by endonucleases such as trypsin and chymotrypsin; these small peptides then enter the bloodstream after being further hydrolyzed into free amino acids under the action of peptidase. The ultimate utilization of proteins by animals are through amino acids, that is, protein nutrition is amino acid nutrition. Recently however, plenty of studies have shown that many low molecular weight peptides are not hydrolyzed by human digestive tracts, and can be directly absorbed and used by human bodies. There are two relatively independent operating mechanisms for the protein absorption of humans or monogastric animals: free amino acids and oligopeptides. Small peptides not only have assorted biological activities, but also avoided the problem of competitive inhibition between free amino acids when absorbed.  The absorption of small peptides has three features: high speed, low energy consumption, and low carrier saturation. 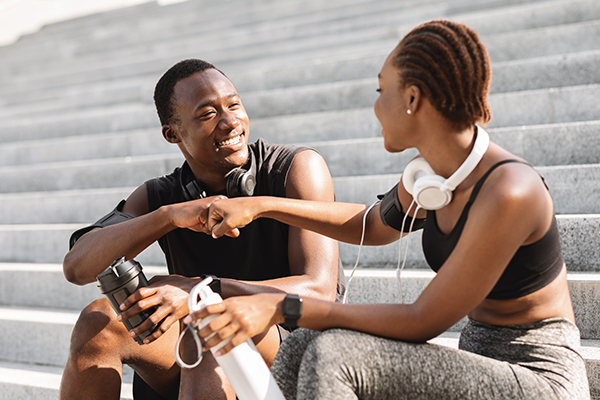 Yeast peptide is a low molecular weight peptide is obtained from the protein extracted from yeast powder through directed enzymatic cleavage (restriction endonuclease that cleaves the DNA within or adjacent to a specific DNA sequence recognized by it) and multi-stage separation technology.

In terms of physical and chemical characteristics, the yeast peptide contains about 90% proteins and about 85% peptides; it is almost identical to the yeast protein with respect to amino acid composition, and the content of essential amino acids is balanced and abundant.

Compared with yeast proteins, yeast peptides are easier to digest and absorb, completely soluble in water, provide energy to human bodies quickly, and taste without the flavor of yeast, and avert protein denaturation. Moreover, yeast peptides have a good fluidity: the viscosity of solution is usually not affected by heat treatment and pH value; it will not become gel when heated up, and remains soluble even at high temperature.

They also have a range of biological activities.

(1) Regulation of the intestinal tract. Both in vitro and animal experiments have demonstrated that Angel Yeast Peptide can expedite microbial growth and development and active metabolism, facilitate the proliferation of some beneficial bacteria as well as the secretion of beneficial metabolites. For instance, at the genus level, the Roseburia (Rothia, a major cornerstone bacterium of the intestine or butyrate-producing bacterium) and Parabacteroides sequences in the Angel Yeast Peptide group have significantly increased in mean abundance compared to the control group.

(2) Anti-fatigue and promotion of exercise recovery. Angel Yeast Peptide can prolong the running time and improve the exercise performance of rats, and it has a synergistic effect in conjunction with specific probiotics. The elevation of physical performance, independent of growth performance, may be associated with the richness of branched-chain amino acids and the antioxidant properties of the yeast peptide itself.

(3) Reduction of blood pressure. In vitro studies find that Angel Yeast Peptide has a good ACE inhibitory activity, and animal experiments indicate that 200 and 400 mg/kg BW Angel Yeast Peptide can largely lower the systolic and diastolic blood pressure (SHR) in spontaneously hypertensive rats, both through acute experiments with single gavage and continuous four-week administration, by approximately 10 mmHg. Studies show that a 10 mmHg drop in blood pressure can significantly mitigate the risk of cardiovascular diseases. Notably, Angel Yeast Peptide has no effect on normotensive rats. Our further researches also suggest that the hypotensive effect of Angel Yeast Peptide may be associated with the regulation of key protein expression in the renin-angiotensin system (RAS), reduction of the body's oxidative stress level, and regulation of the intestinal tract.