Chromium-enriched Yeast, A Natural Source of Organic Chromium and GTF

Chromium is an essential trace element plays an important role in glucose metabolism and lipid metabolism in human body. In 1957, Schwarz and Mertz discovered the functions of chromium in glucose metabolism and put forward the hypothesis of glucose tolerance factor (GTF). This was gradually confirmed by experiments that Cr3+ is the active component of GTF. After that a large number of studies have shown that Cr3+ in the form of GTF can assist and enhance the role of insulin, affecting the metabolism of carbohydrates, lipids, proteins and nucleic acids, influencing animal growth, reproduction, product quality, anti-stress and anti-disease capacity.

In the process of yeast cultivating, chromium was added into the fermenter, after absorption and transformation of chromium during the growth of yeast, the organic chromium was obtained. It is more efficient and safe while absorbing by human body.

◉ The bioavailability and safety of organic chromium is much higher than inorganic;

After one week adaptive feeding of 40 healthy male Balb/c mice, hyperglycemic mice model were made using streptozotocin intraperitoneal injection. After the modeling, the diabetic mice were divided into blank group, high and low dose group of chromium yeast (10 mice per group), and supplement orally in the form of water and chromium yeast (measured in chromium, high and low dose group: 500, 125 μg/kg·bw respectively). The blood sugar was determined after 4 weeks and the results showed that different doses of chromium yeast were able to lower blood sugar effectively. 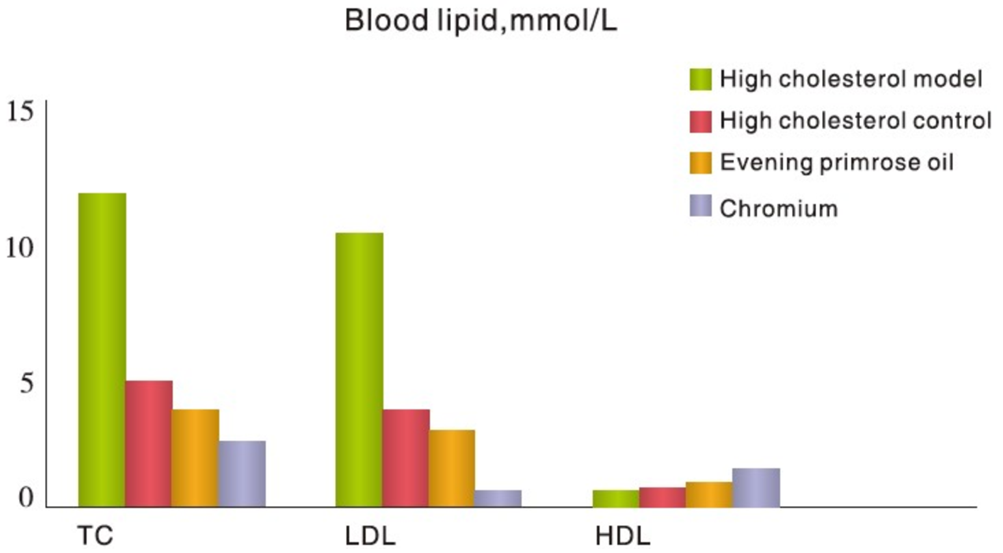 ◉ Used as the raw material of chromium-fortified supplements;